Nagging Little Issues That Actually Mean You Need A Plumber

If you were to come home to a burst pipe, you'd call a plumber. You'd also call them if your toilet was blocked or if your water heater failed. But plumbers do not solely deal with big issues like these. They can also fix and address other, less obvious problems, some of which homeowners tend to ignore far too often. So, if you've been ignoring any of the following nagging little issues around your home, it's time to call a plumber!

It's so easy to ignore a dripping faucet. As long as you can't hear the dripping, you might figure it's not bothering anyone. But it is wasting water, which is a finite resource. And if you have hard water, allowing your faucet to drip will just lead to mineral buildup in the bottom of the sink and around the faucet head. Call a plumber, and have them either replace or repair the faucet. You'll probably recoup the money you spend on your next few water bills!

If your drain is smelly and dumping some bleach down there doesn't clear up the odor, then you need to call a plumber. There could be any number of things going on. The trap might be blocked, meaning grime is just rotting down there. Or, there could be a blockage in your sewer vents, causing smelly sewage air to come up through your drains. Either cause of the smell will just get worse till a plumber comes to fix it, so call sooner rather than later.

Moist Patches on the Floor

Is there a little part of your floor that always seems to be damp? Maybe you mop up the water but the moisture keeps coming back. This may seem like a strange mystery until you consider the possibility that there's a pipe beneath the floor, and it is leaking. There may even be a pipe in your wall that's leaking, and the water may just be settling at the low point in your floor. You don't want to come home to a bigger leak in a few weeks, so have a plumber come to address it while it's small.

The nagging little issues above are easy to ignore until they suddenly are not. Don't let them build to the point of being catastrophic. Call a plumbing company in your area, such as Merrell Plumbing, and let them make some small fixes right now. 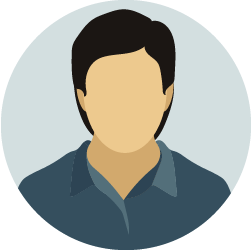 What Can Cause A Boiler's Low-Water Cutoff Switch To Constantly Activate And How Can You Fix It? - 9 January 2023

Why Do You Need 24/7 Emergency Plumbing Services After Storm Flooding? - 21 December 2022